— Self portrait by Matthew Andre Brown —

This song was created in loving memory of Matthew Andre Brown. Easily one of the most incredible musicians I’ve ever met, Matthew made a huge impression on me the few times I met him and saw him perform. His completely unpretentious energy and unbelievable skill on the guitar always seemed like something of a miracle to me. When I learned that he passed away in a kayaking accident in late 2008, I was struck by a devastating sadness.

Searching for some kind of relief, I wrote some words on a piece of paper with the plan of creating a piece of music in dedication to this amazing man. I posted the words online and invited anyone and everyone to send in recordings of the words being recited. I collected recordings from all around the globe, as if this great loss could be felt by everyone, everywhere.

One recording struck me the most though. It came by email from a man named Mark Shearer. Whereas most people sent recordings of the text being spoken, Mark went all out with a country-tinged melody that induced both laughter and tears. I was so taken with his interpretation of the words that I ended up re-recording the song to match the key of his melody (as none of the people who sent in recordings had heard the song), adding an intro section where I mimicked his voice on the piano.

This is such a wonderful song, Peter. It really stuck to me some time after my mom passed. It seems so strange to me that people just pass, just cease existing. People who have at some point occupied time and space on this planet, who have closets full of things and have their faces captured in photographs. It is hard for me to really believe they can just leave so easily. So still when I come across things at home my mom owned or find notes in between books, a melancholic feeling comes over me and I wonder. (where is your body?) I tend to stitch together these things in my mind to try and find an essence of her that has not yet dissapeared, and there is never enough. At warm summer nights I would take walks in a forest near home, in my thoughts pursue the idea, the ghost of her and whisper the words of this song. They really capture something for me, something genuine and personal. So thank you.

A song I wrote about my mums passing and the ones left behind.

This is such a beautiful song. It’s so deep and detailed and I keep visiting it. The amount of emotion this piece portrays with instrumental mix and pitch and with the different languages reading the statement in each individual way, it’s just incredible. It just connects you with the sentiment and void feeling everyone understands with loss – so powerful. and stunning.

One of my favourite songs on the album, and it’s been justified after reading the creation/meaning behind it. Quite simply beautiful.

What an intense yet beautiful song. The description above brought a whole new life to the voices and melodies. I was fortunate enough to see you here in Oklahoma a few years back and spoke to you my amazement in person. I hope some day to share a stage with you my brother. You’re creativity is truly inspiring.

Your stuff is a-mazing!

I identified a lot with this song, and have been fascinated by the song “Bad Words” and also for “I Am Piano,” but … This is really magic and brings a very positive energy into my life.
Thank you for perpetuating the image of his friend through music, Peter.
Keep it up.

Beautiful hommage song, a musician like him would love it for sure. When you loose someone close, you are amazed by the fact that the world keeps turning, as if nothing had happened, while you are devastated. By inviting others to speak about him, you bring a kind of consolation for the loose feeling.

The piano part on this song is beautiful, so pure. The end is amazing too!

I hope someday, i will write a great song like this one! You’re talented!

If you could tell me what you think about this song, that would be an honor :

nice song and video! i have so many driving videos like that from tours. the mirror shot is great

I can’t believe it! Peter Broderick listened to “Kids” : living the dream… Thanks, much appreciated!

First, I love this song, from the first time I heard it it enchanted me. But now let me tell you what I have done with it. So I heard this song actually the day it became available on Spotify, because I love listening to your other music, and I was needing to get a song to use for my advanced dance choreography class. So when I heard Asleep a dance flooded my mind and I was hooked. So in short I have created a modern dance piece to your song, with a bit of editing of the song for times sake, and it was the favorite of all at the showcase. I titled the dance “Will Fatigue” and I spent about 2 months creating it with my dancers. Here is a link that should bring you to the video of the performance so you can watch it http://www.facebook.com/video/video.php?v=10150668245661775 So thanks again for the amazing song, it really made all the difference and, well, the song and dance combined really touched a lot of people and many tears were shed during the piece. If you would like to know more about the piece feel free to contact me about it. i hope you enjoy it.

Hi Peter,I come from China
I knew your album in a magazine,^_^
yeah,i like you miusic
do you also like chinese music,ok,I don’t mean thoese music play in the TV’s heated music alllllllllllllll the day
I introduce two country music albums to you
and,some songs in are sing in dialect,both you and I cannot know what it says
but,it’s out of question that you can enjoy its melody
ONE is new,named 大岛小岛,咸咸就好,it means BIG OR SMALL ISLANDS,IT’S OK TASTES SALTY,which from Chaozhou,Guangdong ,it can let you sniff the sea wind from china
hear is the address for hearing = http://www.xiami.com/album/488946

The first time I heard this song was at night in china and I was crying. thank you. so strange, but awesome

An interesting experiment, but what made you sent out this request? Was it because the words were too emotional, so you needed other people’s interpretation of them to help you sing them yourselves? Or was there another reason?

Hi Peter, this has really blown me away. Sonically beautiful, tender and makes time stand still. Hope you don’t mind, but I’ll be featuring it in my music blog (tunedr.blogspot.com) as my Track of the week, people need to hear it!

of course i don’t mind! thanks chris.

This song is perhaps one of my favorites on this album. The lyrics begin with a certain raspy-ness that reminds me of Willy Nelson and some of the music I listened to with my grandfather when I was growing up. The ambience and the melodies toward the end harmonize perfectly, pulling on those “heart” strings entwined with a chilling sensation of the lyrics: “Where is your body”. I found myself pitying a person I never really knew; and all of this emotion was brought forth with minimal lyrics. This is truly what musical genius is all about. Thank you Peter for creating this album and website.

amazing songs, sound and concept. i love it!
i wanna share my music with you. humbly.

This song gets some airplay in my night show KLANGHORIZONTE at the Deutschlandfunk, Cologne on March, 12. And, i think, there are some good pieces of music surrounding it:)

hiya peter, this is amazing!!! the whole thing! all of it… love from the boonies, arone 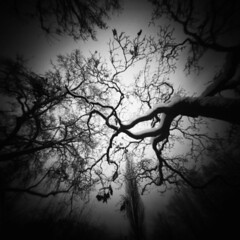 this is not a song: it’s a monumental poem.