Christmas 2008, after a cozy dinner with my mother and sister, Mom pulls out an old cassette tape labeled ‘Steven at Marco’s’, from 1979. And after sharing some nostalgic stories she puts the tape in the player and hits play. The sound instantly takes me back to a few vague memories from my childhood, memories of a tape containing a song my father wrote when he was 19, pulled out on rare occasions, always to Pop’s discontent.

My father, Steven Broderick (aka Pop), is and has always been for as long as I can remember, a closet musician. He loves to play music, but as soon as someone appears to be listening he stops immediately. The best way to get a song out of him is to wait until one day he picks up the guitar and starts to play while you sit in the next room and pretend not to listen.

When we were children (before the age of listening to music ‘critically’) he was more relaxed about it, softly picking his nylon string guitar by the fireplace at night with the family around. But even then, he never sang. I always knew that on that cassette tape lie the only evidence he ever did sing, even though as a child I probably wasn’t too curious about hearing it.

But this night at Mom’s house, I was all ears. As the tape rolled I was bubbling with ideas about how to bring this song back to life. The man coming through the speakers had something to say, something pouring out of his soul and onto the tape. I knew that very moment I wanted to find a way to share this recording with the world, and I knew I had to make a cover version of the song, Blue.

What message can they bring to you
To tell you that it’s true
If you’d only let them sing to you
Then you’d see through, when you are blue

Well when I woke up in the morning dew
I tried so hard to hide my feelings true
Then I looked around at the things I didn’t do
And it made me blue, so blue

When you realize you’ve hurt your pride
And you feel there is no place that you can hide
You’d better find the love that’s deep inside
Or it will make you blue, so blue

What message can they bring to you
Open up your heart and let the feelings come on thru
There is so much that they can do for you
It will make you true, instead of blue

Well when the morning turned to afternoon
I felt my troubles had multiplied too soon
But you can’t hide behind a needle and spoon
‘Cause it will make you blue, instead of true

When you turn around and try to see the new
But all you see is darkness overtaking you
You’d better realize right then what’s hurting you
Or it will keep you blue, so blue

What message did they bring to you
To let you see the other side of blue
All you did was let them sing to you
And it made you true, instead of blue

Just let them sing to you

this is beautiful – much respect to your Pop.

Peter, I’m not sure if you’re still here, I know you always go further, but I was wondering what does yours lovely dad thinks about your cover and all the idea about giving a new life to this wonderful forgotten song?

i’m still here! my dad was really happy about me adopting the song . . . he tells me he likes my version of the song and doesn’t much care for his own version, but i think he’s just being humble… by the way, we recorded some new music together last summer which is coming out this april as a little 10″ vinyl called “broderick & broderick” . . . this is all newly recorded music based around guitar songs written by my father. it took me a long time to get him in front of a microphone! but now we’re both really excited about these new recordings

the whole album – a masterpiece!

Hi Peter,
I have never heard of you or your music up until tonight. I play the piano, along with a few other instruments, and I am always trying to find ways to be innovative or surprise myself in some way. Anyway, this album of yours is really inspiring, and I really enjoy what I’m hearing so far. It is wonderful to read through these notes and listen to the songs – I almost don’t know which is accompanying the other (I mean between the song and the text).
Thanks for sharing your creations,
Stephen

This is such a nice thing to do, I love the story behind it and the fact that it’s an old, almost forgotten piece of music, gives it a kind of haunting feeling. Great track. Your story reminded me of when I was young and my Dad used to play his nylon string guitar in the evenings. He did used to sing as well, but funnily enough I remember once he tried to record himself on a dictaphone, and in the background you could hear my voice shout “Stop the singin’!”. Haha, I was too into the pure guitar sound and didn’t wanna hear his voice with it! Harsh! Poor Dad… Thanks Peter your music (and your dad’s!) is beautiful.

ha! great story. made me smile

i really like the story and the song. visiting everyday(at work!) and listening to your amazing songs here in korea.

you always feel alive. somehow. here , honest and sincere. not afraid to pour out. and you really touch souls. thanks for providing this platform to connect to others&to you(r songs). a cyber platform can hardly feel any more cosier and sincerer than this.

So many tanks to share with us this piece of your intimacy (and I didn´t pay atention to the words – I always hear the music and the sound of the words, the ). Beautiful.

I’ve only dreamed about finding rare recordings like your father’s song. To hear the work of a private musician in 1979, a recording I would have never been able to hear if it weren’t for your promoting it, is something special indeed and seems like it becomes more so over time.

Beautiful layers as usual Peter. The bass progression comes in so nicely. So colourful.

it is quite astonishing, but there is a huge difference despite all the similarity in honesty: your dad more decent, regler more flaming. and with “they” – i thought – he meant you and heather. saying that she (your mother) should listen to your music (heather’s and yours). and then, when I hear you singing in my ear “what message did they bring to you/ to let you see the other side of blue/ all you did was let them sing to you / and it made you true, instead of blue” my imagination dissolves in consequence of the beauty of the picture: it let’s me see – even feej the other side of the blue.
many thanks. jan

errors in the final sentence: “even feel the other side of blue”… by the way – i found out (by chance) that there is a way how to embed the songs from this site via link. i was quite surprised that i could do that! jan

Today in Paris, your album was with me.
You’re right.
But if it’s starts here, where are we going ?
Merci beaucoup pour ces douces chansons, qui même si ‘all that you can do that can be done’ seems so fresh and hopefull !
A bientôt.
Nous arriverons peut-être au même endroit un jour.
Frédéric

Hi Peter, enjoying the new record – very inventive + inspiring! Was just wondering on this track what made you decide to add the effects to your voice, was this something you had planned/ always thought would work well on the song since hearing it when your Mom put it on again, or was it something you thought of instinctively whilst experimenting + recording in the studio? Hope to see you play live at Manchester Academy again or up in the North of England!
Joel

Ha! Just listened to your Fathers original version, answered my own question!

aha yes . . . the delay is a very integral part of the original song. i felt i had to use it

just wanted to mention . . . if you click my father’s name under the picture of the cassette tape, it takes you to a page where you can order the limited edition 7″ of his original version of this song, with some beautiful instrumentals on the b-side. i believe there are a few copies left still! check out his version here:

That was as good a song as any of those other cool & groovy 70′s fingerpicker tunes … “Laughing Water” … Perfect !

I heard this track, as I passed by a record shop, in town. I had a big smile on my face ,when I picked up my Daughter from her school.I always smile when I see her but she asked why I was smiling ‘so big’ today. I told her about the music I’d heard and we listened to this track while she had her tea. She put down her fork and announced, ‘it sounds like laughing water!’ Thank you , Peter, for the laughing water. I have’nt stopped smiling yet.

Your Dad wrote a mighty fine song good on him 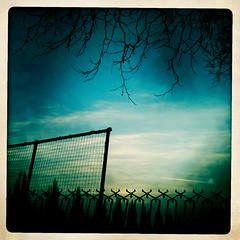